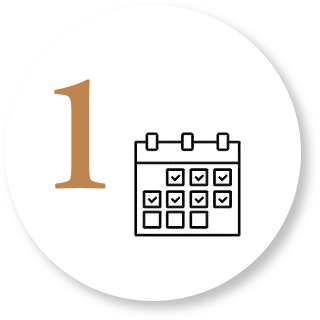 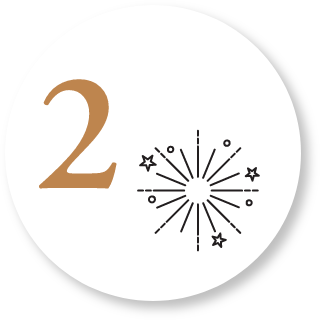 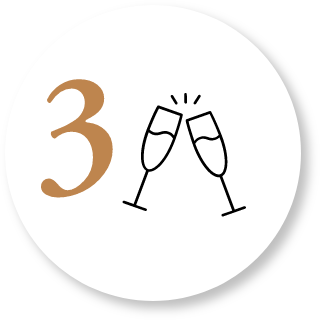 3 Tips for Hosting a Successful Fundraiser

You’ve selected the perfect date, found the perfect venue and caterer, picked a theme, chosen the honorees and speakers, arranged for the entertainment and maybe an auction, and sent the invitations. Now don’t waste a minute of what you’ve probably spent six months or a year planning. Make the evening count!

Around the country and in major metropolitan areas like Los Angeles in particular, charity fundraising events go on night and day. People are inundated with invitations from worthy causes, and they have to choose how they want to spend their time and their money. Even if they pick your event this time, you want them to come back next year. The way to do that is to give them an evening that’s comfortable, engaging, and fun. Here are three tips on how to make it happen:

Some people will have bought entire tables and given you their guest lists to fill them. They’ll be with friends and you don’t have to worry about whether they’ve found people to talk to. It’s the other guests, the couples and singles, who will enter the room and probably be seated with people they’re never seen before. Maybe you’ve been in that position yourself. You look around the table, smile at people, maybe introduce yourselves, say something about how good the salad looks, and then, dead silence. It’s not like a wedding where people know at least that everyone else is connected in some way to either the bride or groom and can find common ground for conversation.

At the typical fundraiser, so much depends on chemistry and personalities; some folks are naturally friendly and some are shy, and you’re in for a long night if you’re at a table of shy ones. Make it easy for your guests by going the extra mile when you’re arranging the seating. Think about what people may have in common, whether it’s the business they’re in, their involvement with your cause or a particular honoree, or something as simple as their general age range.

If you don’t know anything about them, do a little research. It will pay off when the individual guests at a table discover that they’re all teachers, for example, or all like to ski. They might think it’s a coincidence that they wound up with such a congenial group and had such a good time, but you’ll know better.

2. Don’t Make Your Message Compete With the Meal 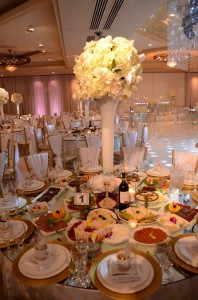 Once everyone’s been seated, have a few introductory comments and then let people eat. If the first course has been pre-set at each place, guests will have begun eating anyway, regardless of what’s going on at the microphone. So if you have anything more than a minute or two of welcome, you’ll be competing either with rumbling stomachs or clinking tableware. Either way, your message will be lost.

To make the evening move along, groups sometimes show a video during the first course. Your venue will likely have sound and video capabilities you can utilize. This way, you’ve got a captive audience, but try to avoid having the vehicle of your message compete with people pouring wine or passing salad dressing around. If you do have a video, screen it while the table is being cleared and the second course is being served. If you’re having a dinner buffet and people will be getting up for their entrées, save the video until everyone’s seated again.

3. Time Your Program for Maximum Impact

During dessert is prime time for the program to start, and here’s the dilemma: which comes first, the presentations or the live auction? Sad to say after all the work you’ve put into planning it, most people will not stay for the entire evening, especially if it goes on much past two hours.

If you make the main presentation first — giving your heartfelt pitch and recognizing honorees — people will probably not hang around for the auction. They may even start slipping out the door as soon as the award is given to whichever personal friend of theirs is being honored. Rooms can be half empty even before that part of the program is over unless you do as they do at the Oscars and save the biggest award for last.

On the other hand, feeling full and perhaps generous after cocktails and dinner wine, the best audience for a live auction is found during the dessert course. If you keep the action snappy and your auctioneer doesn’t drag out the bidding, you have the best chance of making the auction entertaining even for folks who aren’t buying anything. They’re going to stay at least until their friends are honored, but you don’t want them to feel tortured.

You’ve been single-mindedly focused on the event for months, and in your heart believe that everyone who shows up is or should be as committed to the cause as you are. Even if they are, people have so many competing things going on in their lives that what you consider the night of all nights is just another dinner event for most of them. They’ve bought their tickets and contributed to your charity. Reward them by giving them an evening that they will enjoy and remember, and you have a good chance of seeing them again next year.

5 Things to Do Before You Leave Your Wedding Venue